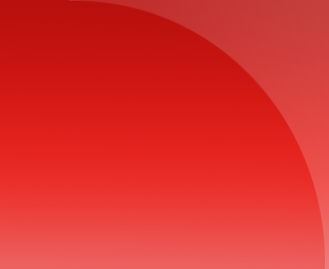 Introduction To Fonts and the New Gnostice Font Engine - XtremeFontEngine

A whitepaper on font rendering for both .NET and Java developers.

Whenever a developer tries to use a component or a tool that renders text, then he/she has to deal with fonts. Whether the component is a GUI control such as a text label or a text box, or a non-GUI component that renders text on a printer canvas, it must be able to process fonts. Here, the choice of fonts that can be used with the component is limited to those that are installed on the system and also by the font types supported by the run-time environment (.NET and JRE). What if you wanted to use a font that is not installed or if you wanted to use a font type that is not supported by the run time?

Suppose you were going to create a Photoshop-on-the-web kind of application. How would you render text using fonts uploaded by the users? You can't just install any font file that is uploaded by users. Even if it were possible, doing so would be a security risk. Let us take another example, suppose you wanted to create a PDF viewer application. You will find that .NET or JRE can handle only complete fonts, not subset-embedded fonts, non-TrueType fonts and non-OpenType fonts that are typically found in PDF documents.

Thus, a need for advanced font processing becomes necessary. A popular solution for this need is the FreeType font engine. FreeType does a splendid job but it is a "C" library. If you used it in a .NET or Java application, you will not be able to label the application as 100% Java or 100% .NET software. Even if you could care less about labeling, there are situations where you wouldn't be allowed to make native Win32/Win64 calls to the FreeType library. A common example of such a situation is a ASP.NET website running under medium-trust on a shared-hosting server.

It is for these reasons that we created XtremeFontEngine. XtremeFontEngine will be a valuable addition to the toolbox of any Java/.NET developer. XtremeFontEngine enables you to process several types of fonts, and retrieve their font properties and glyph information. You will then be able to render those glyphs on a graphics surface. XtremeFontEngine supports most of the capabilities of FreeType and brings all the advantages of being a pure .NET or Java library. You can use it in all your desktop and web applications without any hassle or restrictions. It can independently provide the host application with all the font properties and glyph information that a font file/stream contains.

Before we go further on XtremeFontEngine, let us take a short refresher course on fonts.

Now, we will see how to create a glyph viewer application using XtremeFontEngine .NET.